Wondering About Origins of the Toilet Flush – Toilet History 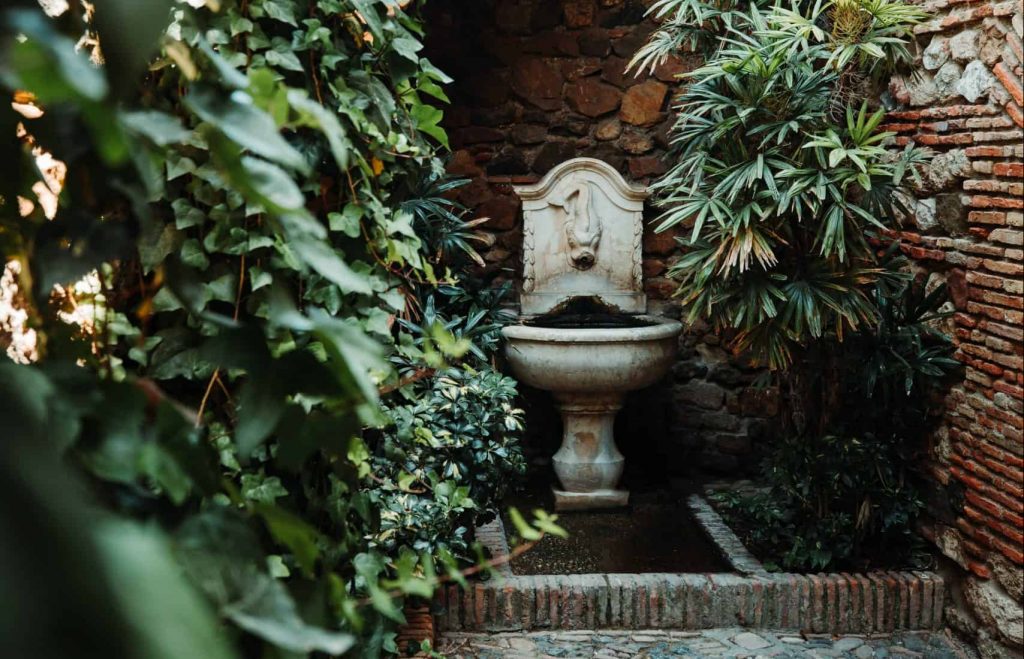 History of the Flush

Flush toilets have been around for centuries, with their design staying fundamentally the same. Most toilets today use a flushing mechanism powered by water pressure to flush the toilet bowl, a system that can be dated back to 1596.

Take a look back in time to see how the flush toilet has evolved to what we now use today! 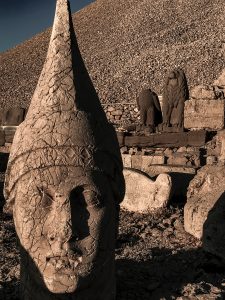 Though the toilet’s exact history is difficult to pinpoint, early civilizations used variously sophisticated latrine systems for their bathroom needs. Oftentimes, waste was expelled into a hole in the ground, while users sat on a bench-like structure over the hole, as seen with Mesopotamians and the Indus Valley civilization.

During the Bronze Age, the Minoans of Crete were one of the first to utilize water in their toilet practices, connecting their latrines to a drainage system. Many historians credit them with the first flushable toilet, which used rainwater to clean out waste. 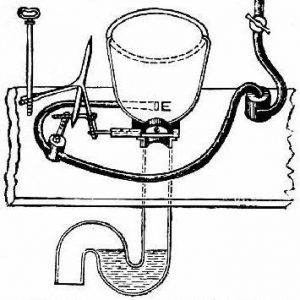 The first flush toilet that most resembles what we use today was invented by Queen Elizabeth I’s godson, Sir John Harrington in 1596. Named the Ajax, the toilet used a system of levers and weights to open and close a leather-faced valve, which let in water from a cistern. Despite the queen’s stamp of approval, the flush toilet water closet didn’t gain popularity until many years later.

In fact, it wasn’t until 1775 that the toilet design was patented by Alexandar Cummings of London. Cumming’s invention used a cistern to store water that was sent into the bowl by a lever mechanism. The cistern would fill and then be emptied through a valve, but the design never caught on because it was difficult to clean and lacked a flushing mechanism.

Cummings used an overflow pipe with a float valve at its base instead of relying on gravity alone to empty the bowl after flushing. This made his flush-out toilet much easier to use because it required less water pressure from above-ground pipes. The system could work even when there wasn’t enough pressure for flushing toilets, such as when there was no gravity feed or when there were multiple users.

Thomas Crapper, an English plumber, patented the first toilet with an S-trap siphon system in 1860. The flush siphon toilet was a great improvement over earlier designs because it flushed completely and required less maintenance than other toilets of the time.

A few years later, the first public water supply in America began serving residents of Great Barrington, Massachusetts with water from Lake Quassapaug. Unfortunately, the lake had been contaminated by raw sewage due to a lack of sanitation facilities at that time, resulting in people drinking untreated water.

In 1891, William Sloan invented the first septic tank which allowed homeowners to dispose of sewage without having to connect their homes directly to sewer lines or other common disposal systems found in urban areas at that time. The septic tanks were located near residences so they could be easily emptied.

The Advancements Going into the 20th Century 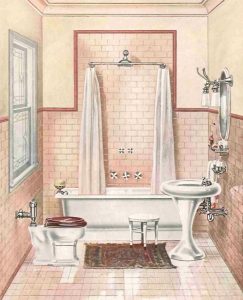 The 20th century brought plumbing to the masses, through new and improved toilets.

In 1925, John Jacob Guggenheim founded the American Standard Company and set out to revolutionize the design of toilets, creating a top-selling model known as the Champion.

The Champion’s most notable feature was its strong flushing action, which used up to four gallons of water per flush. It also boasted a curved bowl that was designed to prevent clogs by making it harder for solid waste to get stuck in crevices between the bowl and tank.

In 1932, the wash-down toilet was introduced by Kohler Co., which included a small sink built into its tank. This allowed people to wash their hands without having to leave the bathroom or go outside.

Here’s What You Need to Know about the Latest Generation of Toilets: 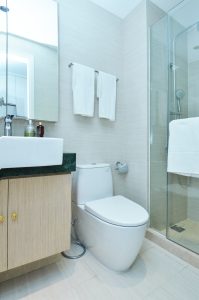 Today, flush toilets are made with two parts — a bowl and a tank. The bowl holds water that flushes waste down through a pipe system into a special tank called the septic tank or sewer system depending on where you live.

The water in the tank helps push waste through pipes leading to treatment plants where it’s filtered and processed before being discharged into rivers or underground mine shafts that lead back to our drinking water supply.

Modern flush toilets are much more efficient than their predecessors because they use at most, 1.6 gallons per flush. Older models required up to six gallons of water per flush and often had problems with clogs and leaks.

The flush toilet is one of the most important inventions in history. It has improved our hygiene and quality of life in ways that are simply impossible to overstate. Getting to know the toilet’s history can show you truly show you how far we’ve come in bathroom advancements.