Shower Valves: When And How to Replace One

You may have experienced a sudden cold or hot burst of water in your shower if someone turns on a tap in another part of the house. Such incidents can sometimes cause severe burns and scalding to some people, especially children. However, you can prevent these problems by installing a shower valve in your bathroom or replacing the old one.

So let us look into the necessary details of a shower valve and see how it works.

What is a shower valve?

A shower valve or a shower mixing valve is a mechanical part of your shower system that performs two essential functions for a safe bathing experience for the user. One, it controls the water temperature, and second, it allows the user to adjust the flow of water in the shower. It usually has one or more adjustable knobs to operate the shower valve manually.

The water that comes directly from your water geyser might be at harmful temperature and needs prior adjustment before it comes out of the outlet. According to research, exposure to high temperatures in the shower can cause full-thickness burns in as little as two seconds. However, you can prevent such scald and burn injuries with a good-quality shower valve.

How does a shower valve work?

First, a shower valve allows the cold and hot water to mix in standard proportions before coming out of the shower, so the bather doesn’t experience burns. Second, it has flow controls and diverters that control the overall flow rate of the shower and direct the water to specific outlets.

When to replace a shower valve?

Modern shower valves typically have a lifetime finish that allows a non-corrosive, non-toxic operation for several years. However, there are certain red flags that you need to consider to be aware of when to replace your malfunctioning shower valve.

How to replace a shower valve?

If you find your shower valve not functioning correctly or damaged beyond repair, you can always call a plumber and get it fixed or replaced. However, if you’re looking to save money, we have a simple DIY for you to replace your old shower valve with a new one. The easy steps are given as under:

What is the best shower valve for my bathroom?

The best shower valve for your bathroom is the one that’s durable, effective, and, most importantly, fits your shower system. Our researchers reviewed some of the best shower valves and came up with some key features that can help you with making a good purchase. They are given below:

Material: Your shower valves need to be made out of non-toxic, non-corrosive material, to prevent the risk of some severe lung diseases. If a shower valve is rusty or cheaply made, it can contaminate the outflowing water and make the bather sick.

Shower compatibility: There are many types of shower valves, with some uniquely made for particular user needs, such as multiple shower heads, etc. So you must choose the shower valve that works with your shower system.

Minimum water pressure: Every shower valve comes with a minimum pressure rating, which typically is between 0.1bar to 0.5bar. However, some valves with diverters have a pressure rating as high as two, and if your plumbing water pressure is too low, your shower might not work correctly.

How much do shower valves cost?

Most new shower valves for typical shower systems cost between $40 to $70, but some can even go up to $100. Replacing an old valve by yourself may take you between three to four hours with a net spend of around $135. However, if you feel inexperienced to replace it on your own, you’ll need to consider the expenses of a plumber as well, which can significantly add to the original cost. Most plumbers can fix your shower valve in under two hours, but your net cost may go up to $400.

Furthermore, if you have a tiled bathroom, you may need a quick renovation of the tiles surrounding the shower handle. You can remove the tiles and replace them later to prevent any damage to them.

Where to purchase a shower valve?

A shower valve is a standard bathroom accessory, and you can purchase it from most hardware stores near your house. You can also search for an online store such as Amazon, Walmart, etc. for a good-quality shower valve and get it delivered to your home. However, there are a lot of options, so you might feel overwhelmed by making a final decision. Hence, our researchers put together this extensive buying guide that compares the best shower valves on Amazon.

You May Also Enjoy 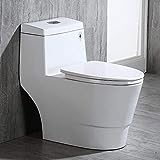 The Toilet: An Unspoken History
Check Price
SaleBestseller No. 3 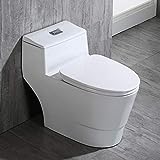